It turns out there’s some money in baseball cards and sports memorabilia.

Just take a look at the home Adam Martin, owner of Dave and Adam’s Card World, and his wife, Tara, bought in Clarence’s Spaulding Lake subdivision.

The Martins on Friday paid $1.7 million for the nearly 9,400-square-foot mansion set on 6.4 acres on Goodrich Road north of Main Street, according to public records, making it one of the more valuable residential properties to change hands in this area in recent years.

“We felt it was a strong investment for us to make as a family,” Adam Martin said in an interview Monday.

The sellers are Drs. Irene Mogil, a radiologist, and Ross Sherban, an orthopaedic surgeon, who bought the home in 2014 for $1.275 million.

Karen Baker, a licensed real estate salesperson with Howard Hanna, represented both the sellers and the buyers. Baker said Mogil and Sherban made extensive renovations to the home while they owned it. 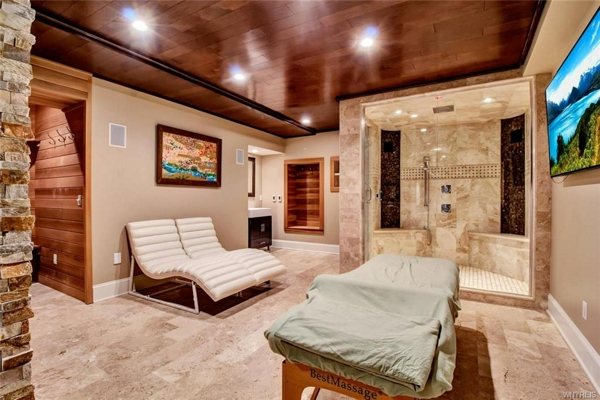 The Goodrich Road mansion, constructed in 1997, was listed for $1.825 million. It has six bedrooms, six full bathrooms and one half-bathroom.

It’s set well back from the road behind an ornate electric gate. The property is professionally landscaped and lighted. There’s an in-ground pool and spacious backyard patio.

It has a grand foyer with a curving staircase leading to the second floor; custom cabinetry, molding and trim work throughout; ample kitchen with breakfast bar and butler’s pantry; large walk-in closet and bathroom off the master bedroom; second-floor patio with sweeping views of the property; and lower level with movie room, wet bar, gym, spa and a second family room.

It has an attached, four-car garage and a fully finished separate structure that can hold 14 additional vehicles with an upper-level apartment, Baker said, “which is fabulous if you’re a car person and you collect cars.”

Baker said the home was on the market for about 4 1/2 months.

“There was a lot of interest,” Baker said, but people who wanted to tour the home had to show proof of funds first.

Baker declined to identify the buyers, who purchased the home through a corporation. But information in the deed and other public records pointed to Adam and Tara Martin.

The Martins live in Clarence already in a home Adam Martin purchased before he married his wife.

“I promised her seven years ago that, hey, one of these days, we’ll save our pennies up and we’ll buy a new house,” Adam Martin said.

He said his wife had noticed and admired the Goodrich Road house while driving through the town. A few months ago, she was looking through the real estate listings when she saw it was on the market.

Martin said the home is more than he and his wife and their dogs need – “It’s too much home for anybody,” he said – but he believes they got a good price on the property.

“In Buffalo, lately, real estate’s been doing pretty well,” he said, so it’s a good investment.

Martin was co-founder with Dave Silver of Dave and Adam’s Card World, which has a large retail store in Clarence near the Eastern Hills Mall, a warehouse in the Town of Tonawanda and a growing online sales presence. Silver retired last year. 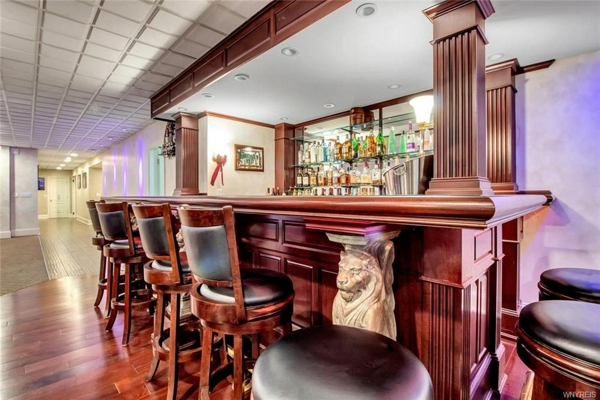 Martin said he still thinks of himself as just a guy who collected, traded and sold baseball cards from an early age before formally breaking into the business after college. He said he’ll probably spend the most time in his new home in the basement bar hanging out with friends.

Asked what he plans to do with the 14-car garage space, Martin said, “Not buy a bunch of cars. That’s not my style. I honestly have no idea. Good spot to have a party, I guess.”