The Third Plenary Session of the 13th Chinese People’s Political Consultative Conference Shanghai Committee kicked off on Tuesday morning with an opening ceremony held at the city’s World Expo Center.

Should we ration fashion? Lessons in sustainability from the second world war | Fashion

This marks the start of this year’s annual Two Sessions of the city’s top political advisory body and legislative body. Hundreds of members of the CPPCC Shanghai Committee attended the ceremony, joined by foreign representatives from consulates in Shanghai and other organizations.

This session of the CPPCC will run for five days and is scheduled to conclude on Saturday. In the following four days, local CPPCC members will discuss city affairs and make their proposals.

During the ceremony, Dong Yunhu, chairman of the committee, delivered a report which reviews the major accomplishments of the 13th CPPCC Shanghai Committee’s Standing Committee last year and assigns new tasks for this year.

“2020 is the final year to accomplish the aim of building a moderately prosperous society in all respects, and the final year in the 13th Five-Year Plan (2016-2020) period,” Dong said. “It’s also the final year in Shanghai to build itself into the ‘four centers’ — international centers of economy, trade, finance and shipping — and establish the basic framework for the science and technology innovation center. It’s also a critical year to comprehensively promote the implementation of three new major tasks.”

“On strengthening the ‘four functions’ in allocating global resources, fostering science and technology innovation, leveraging high-end industries and serving as a portal for opening-up, we should carry out deliberative investigations and researches on key issues, weak points and shortcomings, and actively contribute proposals in order to continuously improve the city’s energy level and core competitiveness,” Dong announced. 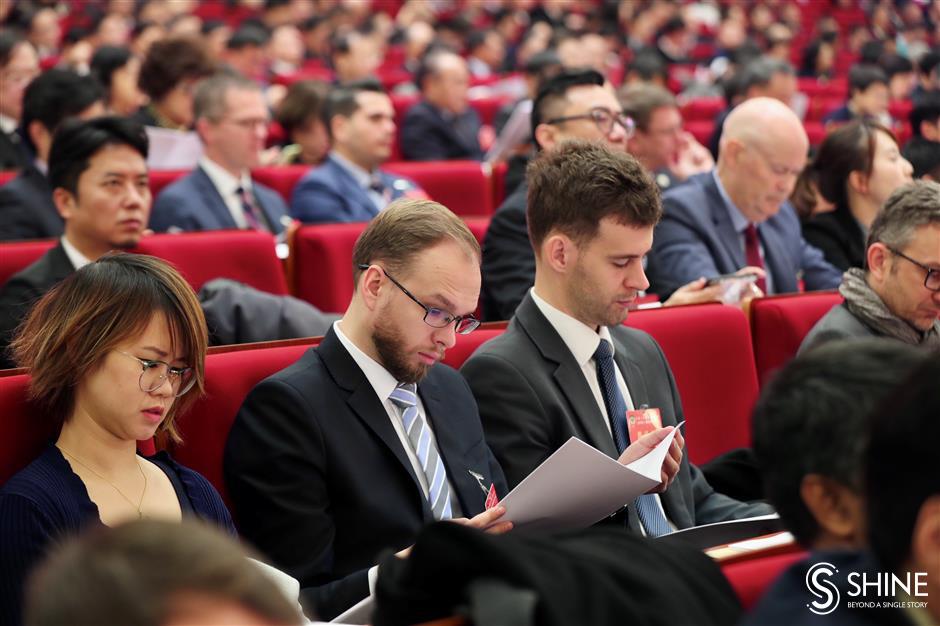 On improving one-stop online platforms for government services and urban management, and further optimizing the business environment, political advisers are told to carry out supervision and contribute to improving the modernized governance capability of a mega city.

The CPPCC members will also put their insights and wisdom together to draw the blueprint for the city’s future development with a broad vision and grand foresightedness when drafting and compiling the 14th Five-Year-Plan (2020-2025).

Huang Zhen, vice chairman of the committee, addressed a report about their work on proposals. By the end of last year, local CPPCC members filed 1,001 proposals and 964 of them had been registered as projects.

So far, 929 proposals have been handled, with 751 being accepted by government departments.

Should we ration fashion? Lessons in sustainability from the second world war | Fashion

Can Mike Bloomberg buy his way to the White House? | US news

15 trains are running late due to low visibility in the Northern Railway region.

2020 Global Economic Outlook – The Global Economy is Set for a Marginal Recovery in 2020, Driven by Emerging Markets – ResearchAndMarkets.com

Trump and the rise of authoritarianism.