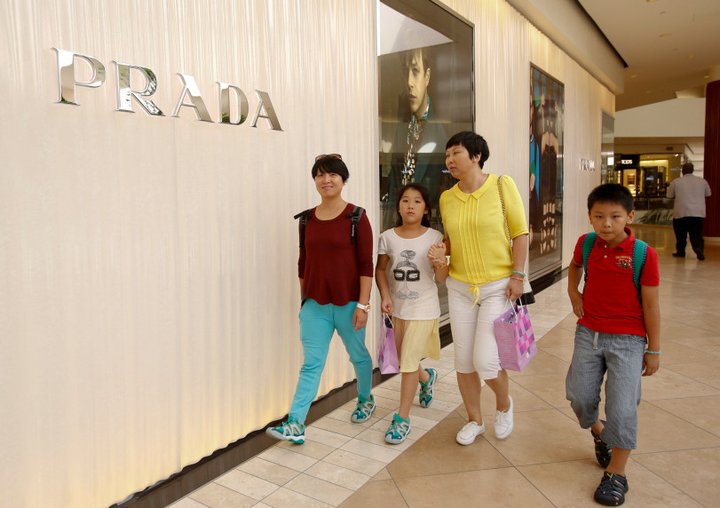 In this July 18, 2014 photo, Chinese tourists visit the South Coast Plaza Shopping Center in Costa Mesa, Calif. Chinese tourism in California is projected to be down 28% for the year amid the coronavirus outbreak. (AP Photo/Damian Dovarganes)

As the stock market tumbled and oil prices collapsed on Monday, Gov. Gavin Newsom’s top economic officials sought to project calm from the world’s fifth-largest economy in the wake of the coronavirus pandemic and a Russia-Saudi Arabia oil price war.

Lenny Mendonca, the governor’s chief economic and business advisor, said that California is assessing the growing economic impact of the virus, which has shut down schools, suspended in-person classes at UC Berkeley and Stanford, canceled major tech conventions such as Google I/O, and sidelined dockworkers at the Ports of Long Beach and Los Angeles.

Mendonca sought to strike a balance between reassurance and prudence.

“I want to emphasize that there will always be economic ups and downs, but people will continue to visit our state as they always have,” he told a meeting of state agency heads gathered at the Capitol for an update on international trade efforts. “Our arms will be wide open when our friends from China and around the world are ready to travel again.”

Agency officials all sounded the alarm on how the coronavirus outbreak might affect demand for California products from almonds to computer chips. On the same day the Grand Princess cruise ship docked in Oakland, the state’s tourism bureau reported a significant hit from people taking precautions against further spreading the virus.

Business travel has dropped and cities are hemorrhaging convention business, said Visit California president and CEO Caroline Beteta, adding that the sector is unlikely to recover this year.

California’s overall tourism economy is $145 billion, but the state has been disproportionately impacted by the quarantines of millions of people in China. In 2019, California welcomed about 1.8 million Chinese visitors who spent $4 billion in the state. Instead of a projected 3% growth in Chinese tourism, Beteta said the state now is projecting a 28% drop for the year. 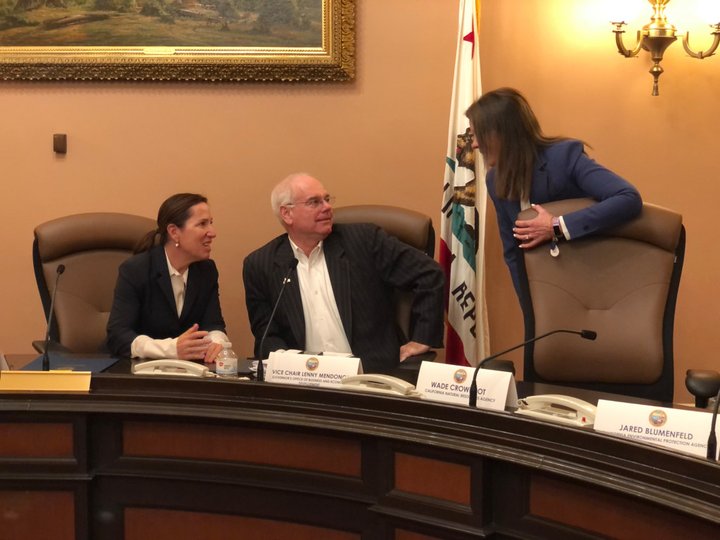 From left, Lt. Gov. Eleni Kounalakis, Lenny Mendonca, director of the Governor’s Office of Business and Economic Development, and Caroline Beteta, president of Visit California, discuss trade and tourism amid the coronavirus outbreak. March 9, 2020. Photo by Judy Lin for CalMatters.

Up and down the coast, California’s ports are experiencing a negative impact on trade and goods shipments. Last week, Gene Seroka, the executive director of the Port of Los Angeles, said 25% of the port’s traffic has vanished.

Max Oltersdorf of the Governor’s Office of Business and Economic Development, or Go-Biz, said that as of Monday, there have been at least 60 vessel cancellations at the ports of Long Beach, Los Angeles and Oakland.

Port officials in Long Beach and Los Angeles report some dock workers are being paid to stay home because there’s not enough work. The ripple effects will be felt by truck drivers, farmers and many other workers.

Economic forecasters say California may be better off enduring the short-term economic pain of shutting down public spaces such amusement parks and public gatherings such as conventions in order to limit virus transmission and improve the chances of a quick recovery.

“You want people to overreact right now to nip this thing in the bud,” said Chris Thronberg, founding partner of Beacon Economics, an independent economic research and consulting firm. “If this thing does get out of control and starts to affect the third quarter, then we have deep, deep trouble.”

Thornberg said while it may be inconvenient for businesses and their workers for a few weeks, it’s a lot better than a widespread outbreak that takes down the state’s economy.

As if the coronavirus news wasn’t unsettling enough, an oil price war between Saudi Arabia and Russia further disrupted the world economy over the weekend, sparking a historic collapse in oil prices as traders prepared for the Saudis to flood the market with crude to regain market share.

U.S. oil prices sank to a four-year low — and shares of California-based Chevron fell with them, though by less than energy stocks elsewhere in the country, where oil companies are less diversified and less financially prepared.

Newsom’s advisors note that California’s state budget does have some built-in resilience. The governor has proposed a $222 billion budget, which includes $21 billion in reserves from several sources.

Those benefits, however, are often unavailable to gig workers and other freelancers, leaving them choose between staying home and giving up pay or increasing their chances of exposure.

“It’s so early, so fluid — it’s hard to see the arch of where things are going,” said Lt. Gov. Eleni Kounalakis, who is overseeing trade efforts for the state.

News From The World Economic Forum

A Drummer’s World To Perform At Disney World