At a glance: Latest global developments


While the US Senate was approving the nation’s largest-ever rescue package, across in Russia a decision was made to ground all international flights from tomorrow.

Here are the latest global developments in the coronavirus crisis.

The US Senate unanimously approves the nation’s largest-ever rescue package, a $2 trillion lifeline to suffering Americans, depleted hospitals and an economy ravaged by the pandemic.

The measure must be approved tomorrow by the House of Representatives before it goes to President Donald Trump for his signature.

France calls on its army

Russia will halt all international flights from Friday, with the exception of special flights evacuating Russian citizens from abroad.

Moscow will close cafes, shops, parks and other non-essential services for one week starting Saturday. Muscovites aged over 65 are ordered to stay home starting Thursday.

At least 21,867 deaths have been recorded since the virus first emerged in December, according to an AFP tally compiled at 1200 GMT on Thursday based on official sources.

More than 481,230 declared cases have been registered in 182 countries and territories. At least 258,068 of those have been in Europe, the worst-hit continent.

The World Health Organization’s European office says it sees “encouraging signs” on the continent but cautions it is too soon to say whether the worst had passed.

International ratings agency S&P Global warns the Covid-19 pandemic will push Britain and the euro area into recession this year, with their economies expected to shrink by as much as 2%.

Singapore’s economy shrinks 2.2% year-on-year in January-March, its biggest contraction since 2008 during the first quarter. 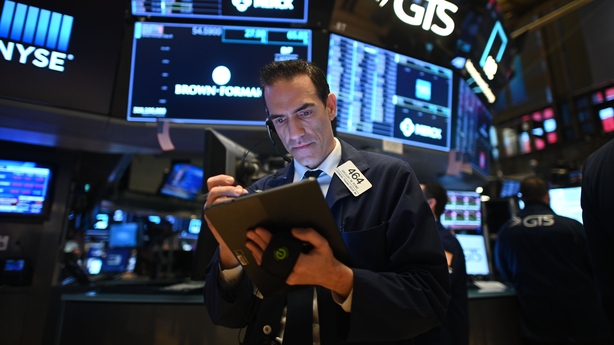 Bolivia declares a state of “sanitary emergency” until 15 April. It closed its borders and ordered a strict lockdown at midnight Wednesday.

Mali, which has now recorded its first infections in two nationals who had recently arrived from France, will enforce a night-time curfew from today and close land borders. A parliamentary vote planned for Sunday will go ahead.

Finland will impose tough new restrictions on its capital and Uusimaa province. Travel into and out of the country will be banned from Friday to 19 April.

An Italian employee of the Holy See who lives in the same residence as Pope Francis is reported to have tested positive and has been hospitalised.

The number of cases in Pakistan have risen to 1,102, with eight deaths, with most cases in Sindh province, which is under a lockdown. But infections in Punjab, the most populous province, are now rising.

Pakistan said it was seeking a fresh $1.4 billion loan from the International Monetary Fund (IMF) to help it deal with the economic slowdown from the coronavirus.

In Nepal, authorities were trying to evacuate tourists stranded in different parts of the country due to a nationwide lockdown, bring them to Kathmandu and arrange to send them home, the government said.

Shyam Thapa of the Himalayan Expedition company said about 125 foreign hikers were stranded at Lukla, the gateway to Mount Everest.

Nine doctors die in the Philippines

Nine doctors have died in the Philippines from the coronavirus heightening fears that the scale of the health crisis in the country is much worse than is being officially reported, with the confirmed virus death toll at just 38.

The main island of Luzon, home to 55 million people, is in the second week of a lockdown to contain the spread of the disease, however medics are warning there is a surge in cases.

Just under 2,000 people had been tested in the Philippines as of Tuesday.

China, Corona and The Global Economy