Most major indexes in Asia advanced, and European markets opened higher. The Shanghai Composite (SHCOMP) added 0.1%, while Hong Kong’s Hang Seng Index (HSI) increased 1.4%. The FTSE 100 (UKX) jumped up 2% in London, while Germany’s DAX (DAX) and France’s CAC 40 (CAC40) posted similar gains.
US stock futures bounced back from earlier losses to trade in positive territory. Dow (INDU) futures added 180 points, or 0.8%, mirroring gains for the Nasdaq (NDX) and S&P 500 (DVS). Japan’s Nikkei 225 (N225) was one of a handful of major indexes to buck the trend, closing down 0.9%.

China’s official manufacturing Purchasing Managers’ Index surged from 35.7 in February to 52 in March, surpassing the consensus estimate from analysts. Survey data also showed a rebound in other parts of the economy. A reading above 50 indicates growth compared to the previous month.

But that does not mean output has returned to levels seen before the coronavirus outbreak, according to Julian Evans-Pritchard, senior China economist from Capital Economics, who said it “simply suggests that economic activity improved modestly relative to February’s dismal showing.”

Beijing has been trying to get the economy moving again by encouraging companies to return to work, albeit under strict conditions aimed at preventing an upsurge in the number of coronavirus cases. Meanwhile, measures imposed outside China to contain the virus are reducing demand for the country’s exports.

“A full recovery will take much longer given the deepening slump in foreign demand and the deterioration in the labor market,” Evans-Pritchard wrote in a report on Tuesday.

China’s economy is likely to contract in both the first and second quarters, said Ting Lu, chief China economist for Nomura Group.

“We see two main headwinds — a second wave of infections and slumping external demand,” he said, adding that those factors could result in tens of millions of job losses. 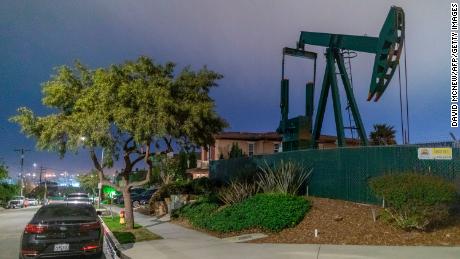 Stocks may also be drawing support from signs that the lockdown across much of Europe could be starting to have the desired effect of slowing the rate of new confirmed cases.

The coronavirus continues to roil other parts of global markets, however.

A sharp reduction in demand caused by the pandemic and a price war between Saudi Arabia and Russia have pushed oil prices down dramatically. US crude futures sunk below $20 on Monday, hitting their lowest intraday price since February 2002.

US oil futures rebounded a little to $21.28 a barrel on Tuesday. Brent crude, the global oil benchmark, rose to $23.23 a barrel.

Coronavirus: Three out of four Americans under some form of lockdown

Today’s sports news: What you need to know | Sportal