Global stocks and US futures rally on coronavirus hopes, oil slips back

Global markets moved higher after Spain reported 674 deaths from the coronavirus on Sunday, the lowest daily rise since early March, and Italy recorded its lowest death rate within a 24-hour period in two weeks with 525 fatalities.

The number of deaths in New York state has also begun dropping “for the first time,” Andrew Cuomo said on Sunday. But the governor cautioned that it’s too early to tell whether this means the state has passed the peak.

Investors are reading the data as a sign that lockdown measures are starting to prove effective, according to Jeffrey Halley, senior market analyst for Asia Pacific at Oanda.

“Like the rest of the world, financial markets are searching for any slivers of hope,” he said.

Halley warned the positive sentiment could be fleeting, however, saying that last week’s US jobs numbers show that the virus is wreaking “almost unimaginable havoc” on the global economy.

Crude oil slipped after OPEC and Russia postponed a meeting that could end a price war and reduce a supply glut that has driven oil futures to their lowest in decades. The meeting had been set for Monday, but is now scheduled for Thursday, an OPEC source told CNN Business.
Saudi Arabia and Russia have been locked in an price war since early March when they abandoned production caps, flooding the oil market with cheap crude, just as demand cratered because of the coronavirus pandemic. Crude prices fell to 18-year lows, crushing American oil companies and energy stocks. 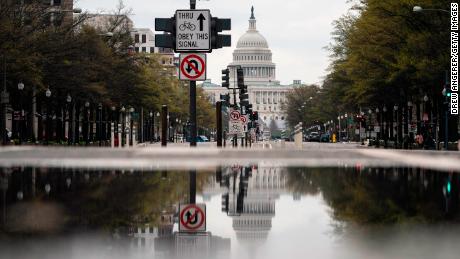 US crude fell as much as 11% to $25.28 a barrel overnight before paring losses after the head of Russia’s sovereign wealth fund said his government was close “very, very close” to reaching a deal with Saudi Arabia. Prices were last down 1.5% to trade around $27.91 a barrel. Brent crude — the global benchmark — fell 0.9% to $33.73 a barrel.

“I think the whole market understands that this deal is important and it will bring lots of stability, so much important stability to the market, and we are very close,” said Kirill Dmitriev, CEO of the Russian Direct Investment Fund, told CNBC.

Today’s sports news: What you need to know | Sportal

Trump budget zeroes out funding for Stars and Stripes, the military’s newspaper