After the hearing in the Delhi High Court that took place on Wednesday over the violence that occurred in various parts of Delhi, a fresh controversy has broken out over the transfer of the judge who heard the case Justice S. Muralidhar to Punjab and Haryana High Court. Several people, including political parties have raised questions on Justice Muralidhar’s transfer, claiming it to be a government “conspiracy”. Here is an account of what exactly went down, what’s problematic and what’s not.

Justice S. Muralidhar’s transfer to the Punjab and Haryana HC was recommended by the Collegium (5 senior-most judges of the Supreme Court) on February 12 along with Justice Ranjit V. More who was transferred to Meghalaya HC from Bombay HC and Justice Ravi V. Malimath who was transferred to Uttarakhand HC from Karnataka HC. Below is a copy of the Collegium recommendation from February 12. 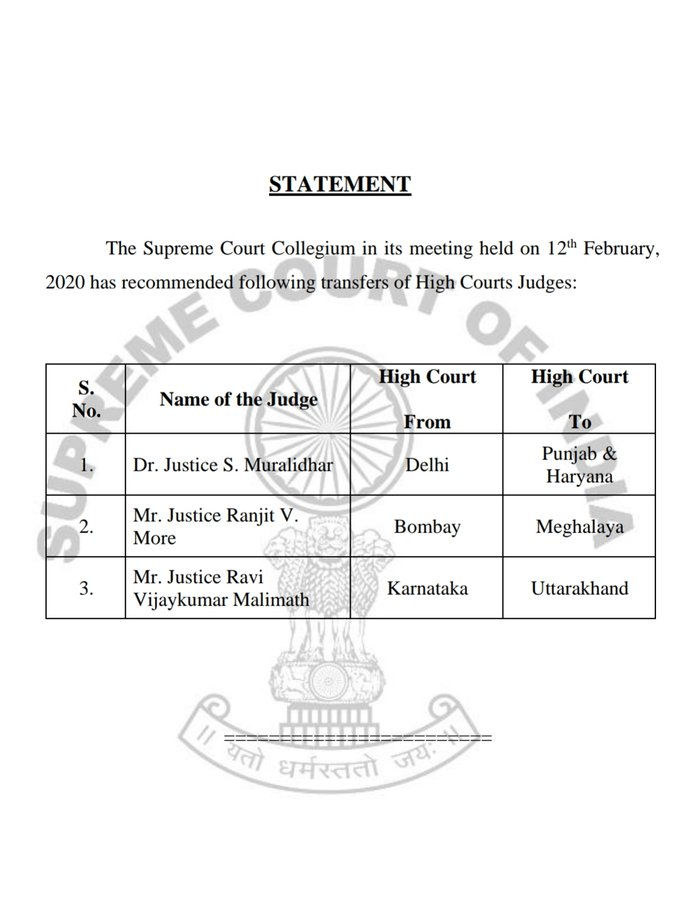 Sources within the Supreme Court have suggested that at least two times prior to February 12, the Collegium had considered the transfer of Justice Muralidhar but the recommendation did not go through because all the five collegium members did not agree upon it. This time however, the scenario was different.

Sources say that this time, since the talks of transferring Justice Muralidhar began, parallel discussions started on whether the current Chief Justice of the Punjab and Haryana HC, Justice Ravi Shanker Jha, should be elevated as a Supreme Court judge. Apparently, earlier all the five judges were not in agreement regarding Justice Jha’s elevation, but the “opposing” judges have, since then, “come around”.

The transfer of Justice Muralidhar to the P&H HC was finally agreed upon for him to be able to take over as the Chief Justice of P&H HC when (and if) Justice RS Jha is elevated to the Supreme Court. 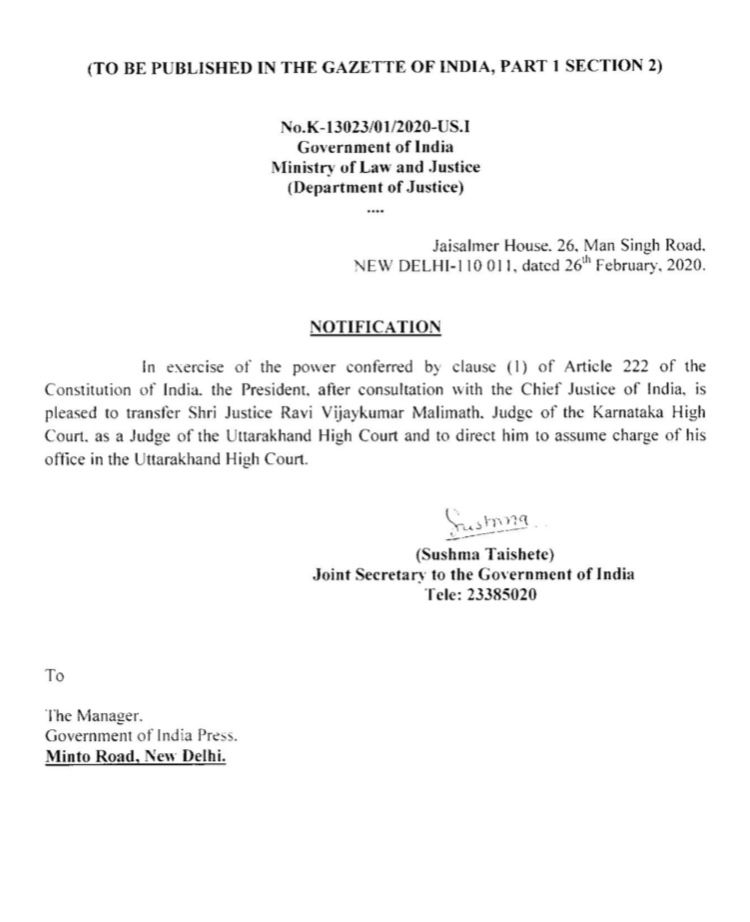 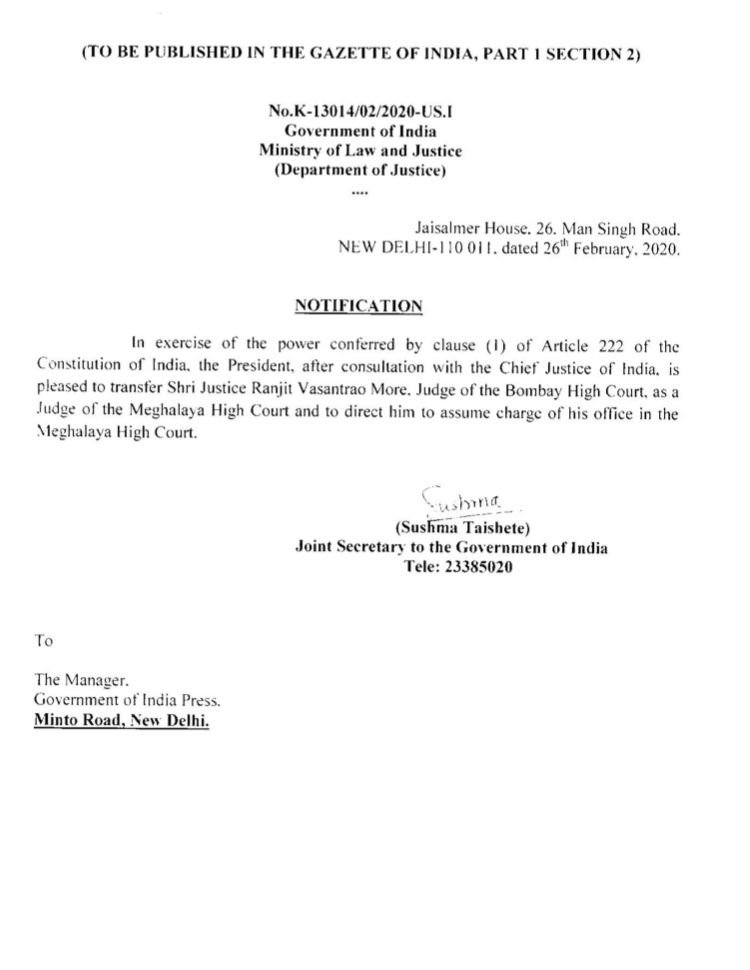 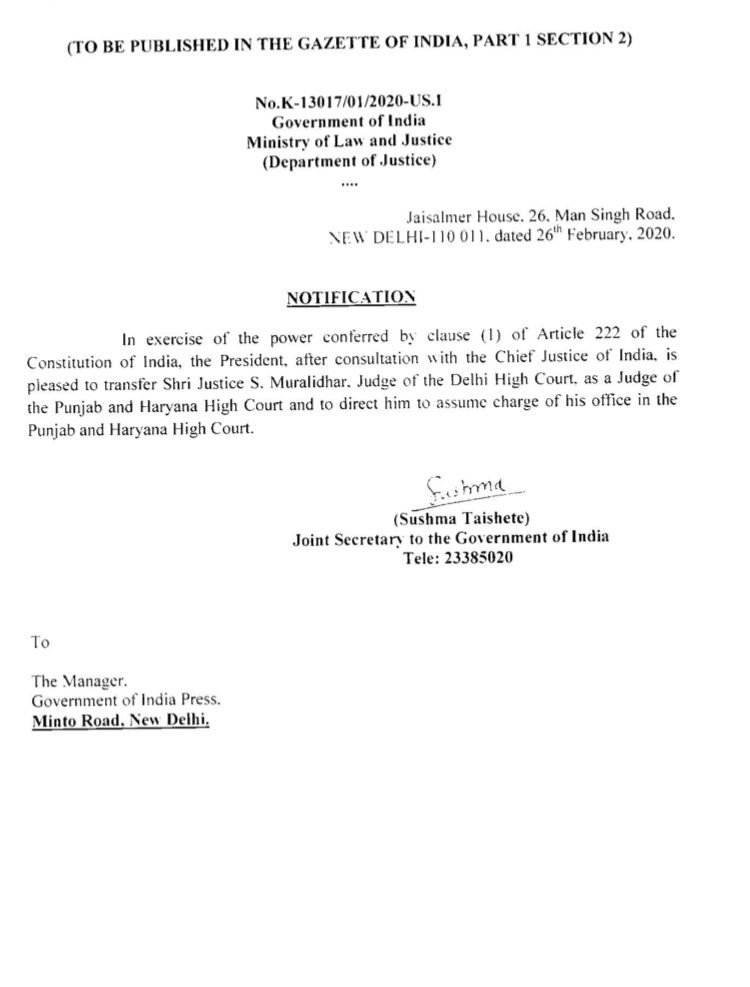 Several people have also alleged that the transfer order was issued overnight so that Justice Muralidhar would not be able to hear the case regarding the ongoing violence in Delhi and raise questions at the government like he did during the hearing yesterday.

When the cause list of the High Court cases was released in the evening, the case had been listed before the Chief Justice’s bench once again for Thursday as he would be available today. Justice Muralidhar was not going to be hearing the case till its finality anyway and alleging that his transfer was done to ensure he doesn’t hear the case cannot be accepted. 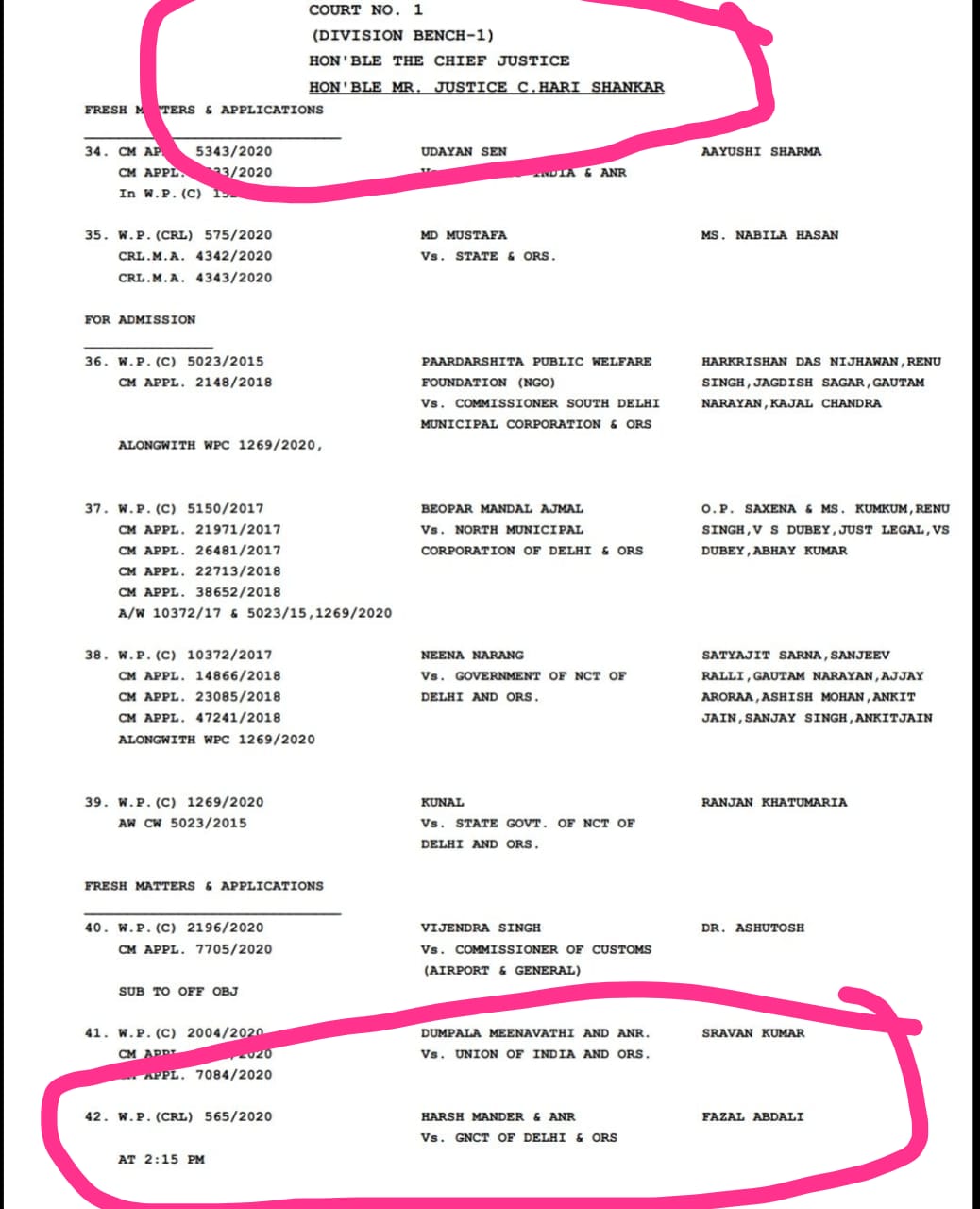 However, Justice Murlidhar’s transfer order from Wednesday mentions no date on which he is to assume office as the judge of the Punjab and Haryana HC. In absence of this, or any other details regarding the date of joining, it is assumed that the transfer comes into effect on an immediate basis, somewhat of a departure from the norm when judges are transferred from one Court to the other. Either the judges are given a date on which they will have to assume office or a reasonable period of time is allotted before they have to take charge by stating that the notification will come into effect “from the date he assumes charge in his office”. Examples of both can be seen in the notifications below. 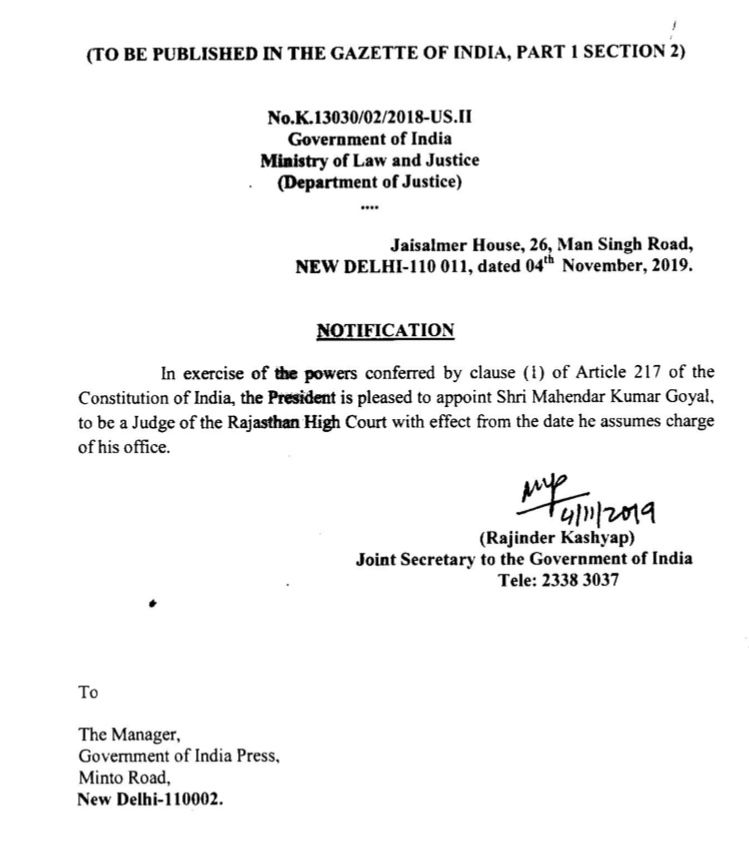 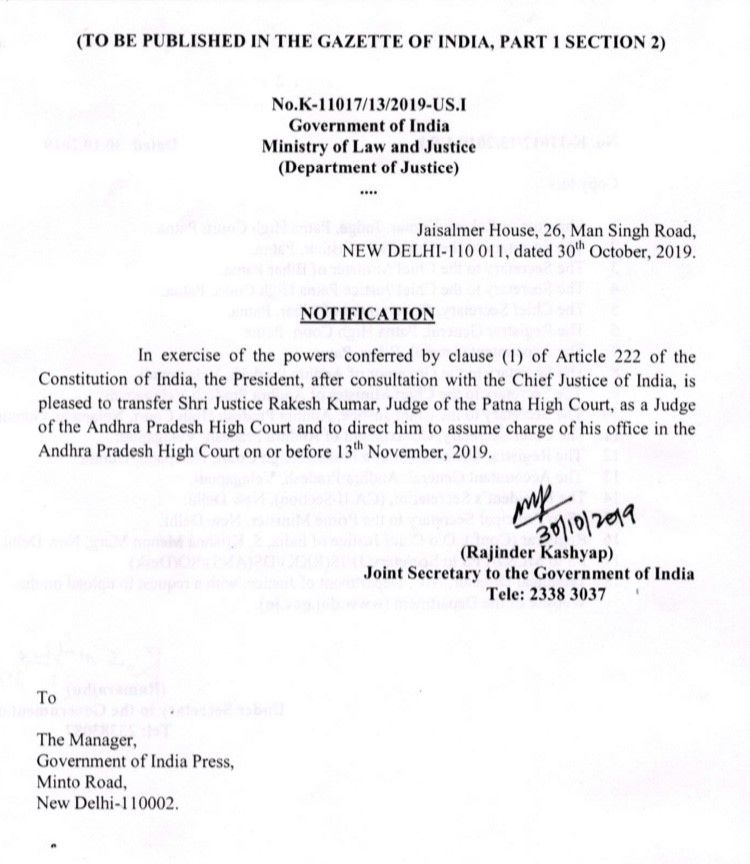 Interestingly, the other two judges whose transfers were recommended along with Justice Muralidhar have also been asked to assume office on an immediate basis.

China and the perilous politics of coronavirus