The indiscriminate virus has caused dozens of government officials around the world — from administrators to heads of state — to take precautionary measures after finding that they have been infected or have been in contact with infected people.

There is no suggestion yet that Trudeau himself might have the virus, but he joins a long list of officials who have removed themselves from their workplaces, including top US lawmakers, a British health minister, Iran’s deputy health minister, France’s culture minister and the president of the European Parliament.

Busy politicians are not always able to manage the social distancing required to keep infection from spreading. In times of crisis, they are expected to shake a lot of hands and even visit hospitals where they are vulnerable to falling ill themselves. But any leader would be wise to develop plans to continue running the government in a case of self-isolation or quarantine.

“The Prime Minister will spend the day in briefings, phone calls, and virtual meetings from home, including speaking with other world leaders and joining the special COVID-19 cabinet committee discussion,” Trudeau’s office said on Thursday. His wife came down with mild flu-like symptoms following a speaking engagement in the UK, according to his office. An in-person meeting of ministers has been postponed.

He’s not the only one. The president of the European Parliament, David Sassoli, is also self-isolating for two weeks as a precaution, after going to Italy over the last weekend. On Tuesday, he chaired a European Union meeting in Brussels by video-conference.

Brazilian president Jair Bolsonaro is currently waiting for the results of a coronavirus test, his son Eduardo Bolsonaro tweeted Thursday, after his press secretary Fabio Wajngarten tested positive for it.

In the US, President Donald Trump is telling people close to him that he is now concerned about coming into contact with people who have contracted the coronavirus, including Wajngarten, who was recently with Trump at Mar-a-Lago, CNN’s Jim Acosta reports. (However the White House has said that contact was minimal and testing is not required.)

Separately, nine US lawmakers — some of whom had recent contact with Trump — are now taking steps to self-quarantine as a precaution after coming into contact with another infected person. 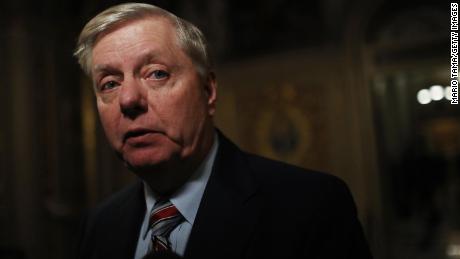 Iran’s government has been particularly affected by the virus. Iran’s former foreign minister and current adviser to Ayatollah Ali Khamenei, Dr. Ali Akbar Velayati, has tested positive for coronavirus and is currently in quarantine at his home in Tehran, a Tehran hospital told Iran’s semi-official news agency ISNA on Thursday. Another former adviser to Khameni recently died after being infected.

Earlier this month, officials confirmed that 23 members (or 8%) of Iran’s 290-member parliament had tested positive to the virus. Two members are known to have died. Several vice presidents, of which Iran has many, have tested positive.

High-ranking officials in France have also reported infections, including several French MPs and the country’s Culture Minister Franck Riester. There are doubts over whether parliament will reconvene on March 23 as planned.

In the UK, junior health minister Nadine Dorries has also reported testing positive. UK Prime Minister Boris Johnson was at a meeting with Dorries not long before she tested positive, but he has said he will not get tested, as he is showing no symptoms.

And in Mongolia, President Khaltmaagiin Battulga and other officials have already been placed under quarantine for two weeks, after returning from a one-day trip to China. The leader has since reportedly tested negative.

As the virus spreads, countries around the world could see more officials dealing with the virus personally, as well as politically. And the fact that the virus appears more dangerous for the elderly could become cause for concern in countries where the highest-ranking officials often spend decades climbing the ranks — and are now in their 60s, 70s and 80s.

‘Now we don’t have to be afraid’: Syrian family who made it to safety in Turkey | World news