On road to final, theplas and rest assured 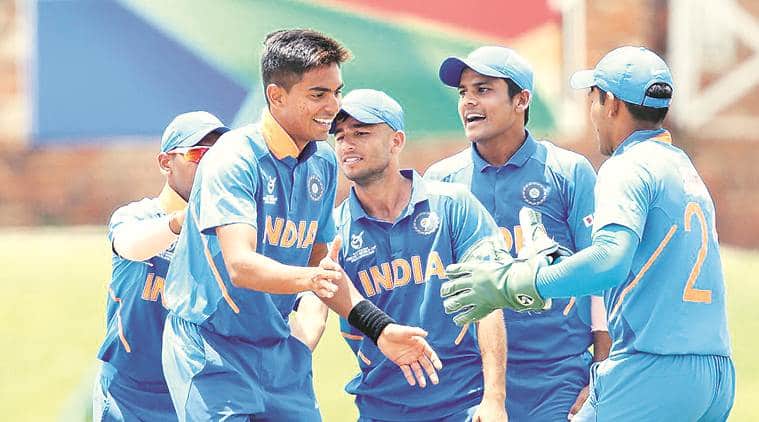 Between 2018 and 2020, post Prithvi Shaw’s team clinching the under-19 title in New Zealand, the team played more than 40 games in the run up to the World Cup.

The Bangladesh colts stand between India Under-19 and a second straight junior cricket World Cup title. And the credit, to a large extent, must go to a meticulous system overseen personally by National Cricket Academy chief Rahul Dravid, designed to continue Indian dominance at the age-group level. While Dravid monitored the workload management of players along with U-19 coach Paras Mhambrey, manager Anil Patel ensured Indian meals for the team in distant Potchefstroom. Dravid also sent across a video on the eve of the final to motivate the players.

But all this came at the end of two years of serious planning by Dravid — be it organising series, monitoring players’ progress, or speaking to BCCI to get a tournament approved. Under Dravid, a clear roadmap was drawn and nothing was left to chance, with every minute detail taken care of.

Between 2018 and 2020, post Prithvi Shaw’s team clinching the under-19 title in New Zealand, the team played more than 40 games on the road to the World Cup. Such was the planning that to adjust to the conditions, the Indian team went to South Africa in the last week of December 2019 to play a series against South Africa. By the time the colts played their first game in this World Cup, they were bolstered with the experience of having played three bilateral series against South Africa, and four quadrangular tournaments.

Mhambrey heaps credit on Dravid for the planning. “His role has been very important and the system he created is superb. For instance, we had Anant Datte (Strength and conditioning coach) and Arun Dubey (Physio) who monitored each player’s workload the entire year. They collected data on overs bowled and runs scored and spoke to the players. If they felt there was a danger of players breaking down, they would flag it to Dravid and he’d call that player to NCA for strengthening,” Mhambrey told The Indian Express.

Once the players returned to their states, NCA didn’t have much control on them but they were monitored and continuously spoken to. Dravid has been the one point contact for selectors, trainers, physios and coaches. The former India captain even went to South Africa when the boys played against the hosts. A small video of the team’s journey since the England tour was played for the squad, with Dravid adding the final words.

“He shared his experience before going back to India. He sent a small video too during the game against Pakistan. When he speaks, everyone listens, such is his stature. Credit should also go to selectors that picked a good team,” the former Mumbai captain added. By the time the Indians are back home, they would have stayed in South Africa for 55 days. Getting home-cooked Indian food was considered essential. It was here that the Indian junior team manager Patel chipped in by getting an Indian family based in Potchefstroom to cook meals for the team. Patel says he understood this requirement from Day One. Seven members in the team are vegetarian and to ensure home sickness didn’t set in, a daily meal was arranged.

“One of my nephew’s friends stays in Potchefstroom, so initially I requested them to pack 300 theplas which I distributed 10 each to the entire team. Later, I requested if we can get a meal for everyone, and they straightaway said yes. How long can these players eat pizzas and burgers? There’s no Indian restaurant either. Sometimes, even I cooked here and making tea was my responsibility. We also went sight-seeing and had team bonding sessions to ensure players were relaxed,” Patel said. The Indian team had to skip the morning practice session on Saturday due to rain. So even if all plans are firmed up on paper, negotiating the elements might well be the last challenge flung at them.

📣 The Indian Express is now on Telegram. Click here to join our channel (@indianexpress) and stay updated with the latest headlines

For all the latest Sports News, download Indian Express App.

US Economy vs. Other Countries: How Does America Stack Up?

ABC News Democratic debate live updates: How to get big money out of politics