Ravindra Jadeja is my favourite player in the world: Ashton Agar after T20I hat-trick vs South Africa

South Africa vs Australia: Left-arm spinner Ashton Agar has revealed his admiration for India all-rounder Ravindra Jadeja after picking up a hat-trick in the visitors’ 107-run win in the 1st T20I on Friday. 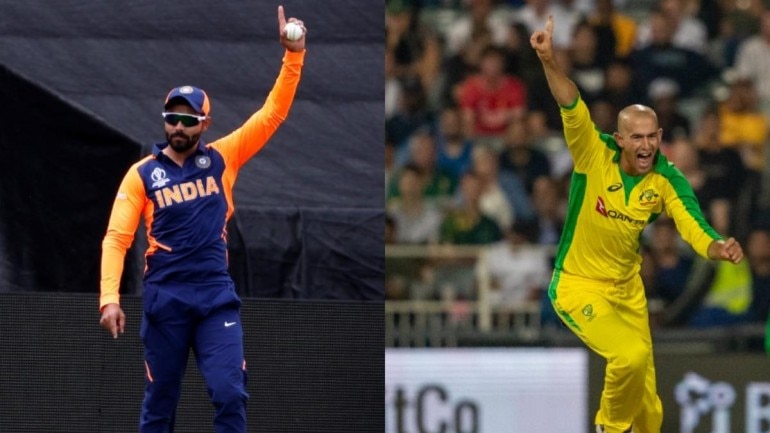 After taking five wickets in the first T20I of three-match series against South Africa, Australia spinner Ashton Agar said that he aspires to become like India’s Ravindra Jadeja.

In the match, Agar also took a hat-trick and became just the second Australian to achieve the feat in the shortest format of the game. As a result, Australia thrashed South Africa by 107 runs.

Now, Agar has the best bowling figures for an Australian bowler in T20Is.

“I had a wonderful chat with Ravindra Jadeja after the India series. He’s my favourite player in the world – I want to play cricket like he does. He’s an absolute rockstar: smacks them, gun fielder, and spins the ball,” ESPNcricinfo quoted Agar as saying.

“But it’s just his presence when he’s out there, watching his confidence… just talking to him about spin bowling, keep trying to spin the ball. When he’s batting he has a really positive attitude, and he takes that attitude into the field as well,” he added.

Agar’s job was made easier by four early Australian wickets, with Starc and Cummins leaving South Africa three down after the Powerplay and Zampa striking in the seventh over.

In the eighth over, Agar spun a web around Faf du Plessis (24), Andile Phehlukwayo (0) and Dale Steyn (0) on successive deliveries to register a hat-trick and Proteas were reeling at 44/7.

Earlier, Steve Smith’s and Aaron Finch’s knock of 45 and 42 respectively enabled Australia to post 196/6 in the allotted twenty overs.

Australia will now take on South Africa in the second T20I on Sunday, February 23.

In spring, Duluth is bald eagle capital of the world