The reality is inescapable, but will the world act?


The Environment Committee session on the climate bill had been running for well over two hours when Lord Deben, chair of the UK Committee on Climate Change (CCC), was asked if he had any final remarks he wanted to share.

“All I would say is that we should be absolutely clear in our minds that what we are doing is really important,” he said. “There is nothing else, in a material sense, that could be as important as helping people solve this problem.”

So far, so good. But it was here that the Tory peer took a more philosophical turn. His son, he explained, had just written a book on the plague – the Black Death, as he called it – and helping to proofread the pages had left him with some uncomfortable thoughts.

“I was busy reading my son’s book while I was doing fundamental work on climate change,” he explained. “And was struck by a really frightening thing: although one in three of the population died in the Black Death, they had no idea why it was happening. As a result, they had no responsibility, because they didn’t know.”

Deben paused and looked around him. “Our problem is that we do know, and therefore, we have absolute responsibility,” he said. “Not only have we caused this, but we know how to stop it – or at least how to pull it back and then finally reverse it. Because we know that, the responsibility is ours. I just think all of us should recognise what a high calling we have. We have to do it.” 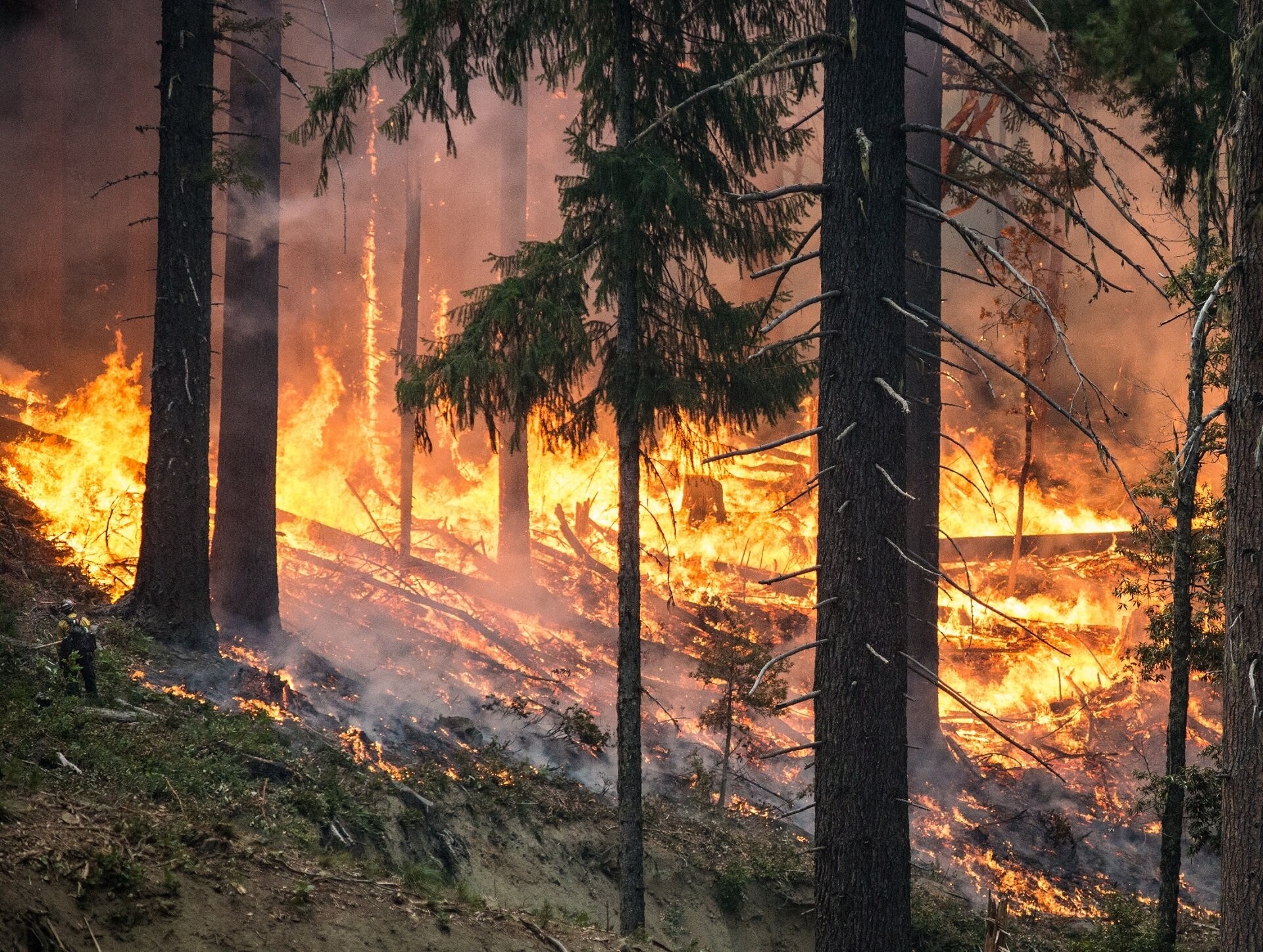 The CCC, established following the UK Climate Change Act 2008, plays a key role in advising both the UK and Scottish governments on the action needed to combat the growing threat posed by climate change, and Deben’s point on the need for urgent action was backed by overwhelming evidence.

We know it is happening, and yet humanity has not responded. Repeated warnings have been ignored while actions have fallen short. None of this is new, but the truth is increasingly hard to ignore. Global temperature records have been broken on a near-annual basis. Wildfires across first the Amazon, then the Australian bush. Island communities – from Scotland to the south Pacific – are facing the prospect of the land they need to live on disappearing beneath the sea. Warnings, once contained in scientific papers, are now blared out on TV news on a daily basis.

Meanwhile, children across the world have begun walking out of school to call, loudly, desperately, on adults to show some responsibility. Groups such as Extinction Rebellion have emerged – bigger and more radical than the environmental campaigns that came before – to take over parliaments, corporate headquarters and city centres to demand politicians go further and faster.

The evidence is clear, and it has been clear for a long time – the climate emergency poses an existential threat to the future of the planet and its inhabitants, and humanity’s current approach will leave vast swathes of planet earth uninhabitable.

“The other parties cannot hide behind targets. Targets are meaningless without action to meet them.”

And it’s not just green campaigners that are worried, with groups from every sector expressing concern. This year, for the first time, concerns over the climate emergency have taken up the top five spots in the World Economic Forum’s (WEF) list of risks over the next decade.

Børge Brende, the president of the WEF, said: “The political landscape is polarised, sea levels are rising and climate fires are burning. This is the year when world leaders must work with all sectors of society to repair and reinvigorate our systems of cooperation, not just for short-term benefit but for tackling our deep-rooted risks.” 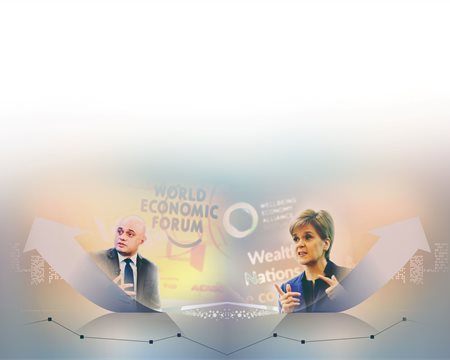 He added: “We have only a very small window and if we don’t use that window in the next 10 years we will be moving around the deckchairs on the Titanic.”

The report, based on assessing the potential risks posed by global threats versus their likelihood, warns that a global movement away from multilateral cooperation has increased the risk of ecological collapse.

The WEF attributes the highest global risk, in terms of likelihood over the next decade, to extreme weather events causing losses of human life, alongside major damage to property and infrastructure. After that comes the threat of human-made environmental disasters – such as oil spills – and major biodiversity loss, followed by natural disasters such as earthquakes and tsunamis.

It warns: “Climate change is striking harder and more rapidly than many expected. The last five years are on track to be the warmest on record, natural disasters are becoming more intense and more frequent, and last year witnessed unprecedented extreme weather throughout the world.

“Alarmingly, global temperatures are on track to increase by at least 3°C towards the end of the century – twice what climate experts have warned is the limit to avoid the most severe economic, social and environmental consequences. The near-term impacts of climate change add up to a planetary emergency that will include loss of life, social and geopolitical tensions and negative economic impacts.”

The prospect of a three-degree rise in global temperatures would have devastating consequences for the planet, but it may also be a conservative forecast.  In a two-degree rise – all but guaranteed by current trajectories – the world could well enter a so-called ‘hot-house earth’ scenario, in which the world’s carbon sinks stop absorbing Co2 and instead start releasing it, exacerbating the current trajectory of warming.

In that scenario, humans would have little control over future temperature rises. The earth’s forests, oceans and land, which currently soak up about 4.5 billion tonnes of carbon each year, would cease to protect us, as they do now, and instead cause temperatures to climb ever higher.

And while Earth may be on course for a three-degree rise by 2100, analysis by the Breakthrough National Centre for Climate Restoration has shown that figure does not include “long-term” carbon-cycle feedbacks, which could lead to around five degrees of warming by the end of the century.

These, clearly, are issues that will need to be addressed at the COP26 climate negotiations, due to be held in Glasgow in November. But while global reactions have been mixed – the US continues to offer a major obstacle to meaningful action – in Scotland the issue has risen higher than ever.

The bill, passed by the Scottish Parliament in September, contains targets for net-zero emissions by 2045, alongside a 75 per cent cut in emissions by 2030 against their 1990 level.

The Scottish Parliament’s Environment, Climate Change and Land Reform Committee played a key role in scrutinising the bill, with a report from MSPs pushing the government to adopt its net-zero target.

Convener Gillian Martin told Holyrood: “We urged the government to go faster than the draft, and the most meaningful part of it probably wasn’t the end point – it wasn’t the 2045 target – it was the 2030 one. We felt quite strongly that action needed to happen much faster because of the cost of it happening later. All governments are accused of short-termism, but this is something that has to happen in the short term. And it might look like it will mean a lot of pain but actually, there are huge opportunities there.

“We were also quite clear that we wanted the government to put climate change at the heart of all their portfolios, which is easier to do for a smaller government. If you look at Westminster, they’re very siloed in the way they work. But you have to have climate change at the heart of the work you do in infrastructure and transport, but also in areas you might not think are related, like education and health, because you are making decisions about the skills you will need in future, to man new industries and for research.

“Then we were also very keen that the government put responsibilities on its agencies, like Scottish Enterprise, South of Scotland Enterprise, Highlands and Islands Enterprise, to effectively offer business support not just based on growth potential but with consideration for a low carbon future as well.”

All governments are accused of short-termism, but this is something that has to happen in the short term

As they did in 2009, when the Climate Change (Scotland) Act was passed, politicians from across the spectrum welcomed the bold new targets as a sign of progress. But while some called them world-leading, others, particularly the Scottish Greens, were less impressed.

As MSP Mark Ruskell put it: “This bill represents progress, but it is progress at a snail’s pace, and as one climate striker last week put it: ‘It’s no good being the fastest snail’ in the face of a global crisis.

“I secured some commitments, on warm homes and a citizens’ assembly, as well as some important new requirements on reporting and recording emissions, but let’s not pretend this bill is anywhere near meaningful action to address the climate emergency.

“The other parties cannot hide behind targets. Targets are meaningless without action to meet them.”

And Ruskell is not alone in harbouring doubts over the emphasis placed on emission-reduction targets in Scotland’s response to rising temperatures.

Targets, in and of themselves, mean little. They are statements of intent, and useful for newspaper headlines and manifesto pledges, but without meaningful policy then the most ambitious targets in the world will mean nothing.

Martin said: “You have to have targets because you need to give signals to sectors. Once they are in place, everyone knows the direction of travel, and obviously, the climate change plan will hang off the back of that. It’s a tangible thing that shows the government and all the parties are serious about this – so much so, they are in legislation. But actually, the targets are just the headlines, the action is the real thing. You can set up committees and bodies all you like, but until you are taking policy decisions on the back of those targets then things will stay the same.”

The environment committee’s recommendations fell closely in line with those of the CCC, with Lord Deben welcoming the ambition, but warning that the legislation is “extremely stretching and demands new policies that begin to work immediately”.

Meanwhile, in its annual assessment, published in December, the CCC said new policies must now begin to deliver meaningful emissions reductions and be extended to all areas of the economy, with the body calling for a new framework of incentives for low carbon farming, to be completed this year, alongside a plea to ministers to bring forward the target for ending the sale of new fossil-fuel cars and vans from 2032 to 2030.

The policies aimed at meeting the new targets are contained in the Climate Change Plan, which the Scottish Government has agreed to update, to reflect the new sense of urgency, by mid-May, following a request from the environment committee.

Then, in November, the world will descend on Scotland, and states from across the globe will be given a choice between cooperating, or continuing as they have until now.

At present, there is no way of knowing if the talks will produce the meaningful action required to mitigate the growing prospect of an ecological catastrophe. But as Lord Deben said, we can no longer plead ignorance either way.

Fears as Russian beauty contest winner gets trip to China

Coronavirus: What’s the latest with Brexit and other big stories?