Trump’s bending of justice will have consequences

Internationally, the President’s interference erodes a long-standing national reputation for sound governance based on the rule of law. That reputation makes it easier for the United States to rally foreign allies behind shared objectives.

Wall Street hasn’t wobbled yet. But over time no one doubts the admonition Federal Reserve Chairman Alan Greenspan once offered to liberated nations of the former Soviet Union: “Market economies depend on the rule of law.”

Adherence to the rule of law had never before faced serious testing here since America emerged in the 20th century as the world’s leading power. Now it does.

More than 2,000 former Justice Department officials — Republicans and Democrats alike — have implored Attorney General William Barr to resign for “doing the President’s personal bidding” in Stone’s case. The independent Federal Judges Association registered its concern by scheduling an emergency phone consultation, though it was later postponed.

One jurist first appointed by President Ronald Reagan has likened the administration’s stance toward former FBI official Andrew McCabe — a longtime Trump target — to that of “a banana republic.” A former deputy attorney general under President George H.W. Bush invoked the same phrase in blasting when he calls Barr’s “root-and-branch attack on the core principles that have guided our justice system.”

Such assessments reverberate around the world. Other countries have nurtured related concerns over legally dubious Trump initiatives including his travel ban, application of tariffs on national security grounds and demand that Ukraine investigate potential Democratic rival Joe Biden.

“In all these ways, the administration is communicating to allies and adversaries alike that the US is no different and no better than any other country,” said Kori Schake, a National Security Council aide under President George W. Bush. Schake now directs foreign policy studies at the conservative American Enterprise Institute.

As a 2016 candidate, Trump declared that opponent Hillary Clinton should “go to jail.” As leader of the executive branch, he continues to act with abandon.

He threatens the independence of the Federal Reserve by attacking Jerome Powell, the chairman he appointed. He distorted a hurricane warning from the National Weather Service. Amazon alleges it lost a $10 billion Pentagon contract to “improper pressure” from Trump, who has assailed founder Jeff Bezos over critical coverage in the Bezos-owned Washington Post. 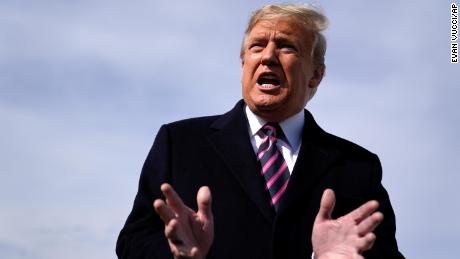 Most notoriously, Trump attacked US national security officials sounding alarms about Russian help for his 2016 campaign and fired the FBI director probing the matter. After the conclusion of special counsel Robert Mueller’s investigation, Trump leaned directly on Ukraine’s President in the phone call that led to his impeachment.

The impeachment process gave Congress a chance to restore confidence in constitutional safeguards. But GOP senators passed it up, acquitting the fellow Republican in the White House without even calling witnesses.

Since then, an emboldened Trump has purged officials who testified in the impeachment proceedings. By tweet this week, he confirmed the departure of a Pentagon official whose certification of Ukrainian anti-corruption measures had undermined Trump’s rationale for withholding military aid.

Doubts about American governance could even hasten the end of the dollar’s status as the world’s reserve currency. That distinction, marking the US as the safest haven for global investors, helps Washington finance budget deficits through inexpensive borrowing.

Whether or not that happens, Haass said, “the fact that we’re having this conversation tells you something’s different.”

Nicholas Burns, a former US ambassador to NATO who now teaches at Harvard University, does not see irreversible damage to American leadership yet. But neither diplomats nor corporate executives can be sure how long familiar advantages will persist. 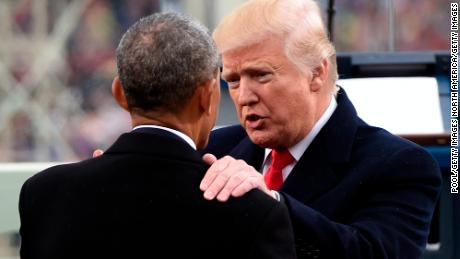 “The costs of losing institutions and the rule of law can be gradual and corrosive,” said Diane Swonk, an economist at the business consultancy Grant Thornton. “We often don’t realize the foundation of a functional economy is rotten until it actually collapses.”

For reasons of political self-interest, at least, powerful Republicans fear a Trump-inspired legitimacy crisis. The man who shepherded the President’s acquittal, Senate Majority Leader Mitch McConnell, has cautioned him to restrain his judicial commentary as Barr requested.

“He let the President down and got fired,” declared an actor in a recent Byrne ad.

“And Hillary still ain’t in jail,” another actor added.