“It is happening again to Crazy Bernie, just like last time, only far more obvious,” Trump tweeted to his 70+ million followers. “They are taking the Democrat Nomination away from him, and there’s very little he can do. A Rigged System!”

Trump offered no evidence for his claim that Sanders was somehow being victimized by the Democratic Party establishment. But, Friday’s tweet is in keeping with Trump’s long-held public position that Sanders, an avowed democratic socialist in the midst of his second run for president since 2016, is being purposely discriminated against by the powers-that-be within the Democratic Party.

It is true that — thanks to leaked emails published on WikiLeaks following a Russian hack of the Democratic National Committee server during the 2016 election, several DNC staffers were plotting to weaken Sanders in hopes of helping Hillary Clinton win the Democratic nomination. Those disclosures led to a house cleaning within the DNC — and a healthy amount of skepticism toward the party apparatus from the Bernie people.

And Trump was right there to stoke the fires of resentment and paranoia. “Bernie Sanders has been treated terribly by the Democrats — both with delegates & otherwise,” Trump tweeted in May 2016. “He should show them, & run as an Independent.”

Trump has kept that drumbeat going for years. And now he has taken to suggesting Sanders is being robbed again although, unlike 2016, there is no evidence that Democratic Party officials are doing anything untoward to hurt the Vermont senator or help his rivals.

So, why? Why does Trump, who can say an unkind word about almost anyone, seem to regularly step into the fray to advocate for Sanders? Well, a few options:

1) It’s a political strategy: Trump and his close associates believe Sanders, a democratic socialist who has pushed for massive increases in federal spending on everything from the environment to health care, is the easiest of the Democrats for the incumbent to beat. So, why not try to help Sanders win the nomination by stoking outrage amongst his supporters over the idea that there is some grand effort within the party structure to keep their guy from winning? Makes sense, right? After all, that’s clearly what Trump was trying to do with that 2016 tweet; he could have just as easily tweeted: “Hey Bernie, run as an independent so you split the vote three ways and make it easier for me to win!”

2) Trump just loves a good conspiracy theory: Trump’s political career was launched by promoting a debunked conspiracy theory — that Barack Obama was not born in the United States. And, throughout both his candidacy and his presidency, he has regularly embraced conspiracy theories about illegal voting, spying and lots and lots of other things. He’s someone who likes to play the victim, likes to believe that any struggles he has aren’t a result of his own shortcomings but rather because, well, everyone is against him. The idea that Sanders is the victim of such a broad-scale conspiracy then appeals directly to Trump’s most basic instincts. If you believe that the world — and especially the political world — are governed by conspiracies, what’s one more to throw on the pile? 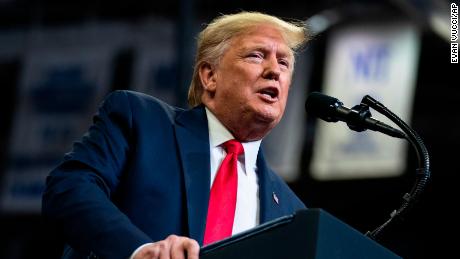 3) Kindred spirits: It’s uniquely possible that Trump sees some of himself in Sanders — a total political outsider who has long been mocked and dismissed by the so-called elites within the party. Sanders’ ability to bend the party to his will over these past four years (“Medicare for All,” etc.) is also similar to Trump’s hostile takeover of the GOP in 2016. Trump truly does hate people who think they are better than him. And he loves to prove them wrong. Which you can see him believing Sanders is doing, too.

What’s the real reason for Trump’s regular attempts to draw attention to alleged conspiracies being conducted to hurt Sanders? It’s probably pure political calculation — mostly because that’s what Trump has always specialized in. He does what’s good for him first, second and third. And it’s easy to see why Trump believes Bernie is the most beatable of the Democratic field.

Of course, there’s a bit of be-careful-what-you-wish-for here — and no one should know that better than Trump himself who was widely written off as totally beatable by Democrats in 2016.

Why Britain’s economy is facing a double whammy